what can you say to a loved one to get them to quit smoking, chewing or vaping?

A few days ago, a friend, distressed about her father’s 40-year tobacco habit, reached out to me. She wants him to quit once and for all; while his health is still good.

Her question was, “How can I talk to him about quitting. I want him to stop but he gets angry when I bring up the subject?” 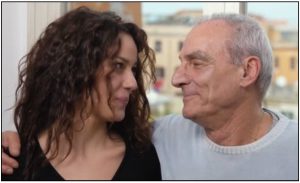 We all see loved ones who use tobacco and just want to say, “Why don’t you just not light up again?!?!” Wouldn’t it be great if it was really that simple? Sadly, it’s not.

I spent about 15 years of my life as a pack-a-day smoker. Throughout those years I had no illusion that it wasn’t harmful. I knew every time I inhaled that super-heated toxic chemical cocktail my body was traumatized.

The thing that is hard to understand for people who have never had the addiction is how overwhelming it can be. I mean, when I smoked there were a few times when I was out of cigarettes and I found myself on my knees picking through the garbage, hoping to find a cigarette butt with enough to light up and get even just a few drags.

When people told me I should quit, a wide range of emotions were immediately brought to the surface. I felt guilty because I knew I was doing something stupid. I felt embarrassed because I thought I was too weak to just stop. I felt ashamed because I knew I was willingly held captive to a drug. I felt scared because with every puff my hypochondriac self was convinced, I was feeling cancer in my lungs. And I felt angry because I knew the person telling me to quit was undeniably right and I was wrong…and yet, I continued to light up anyway.

The thing is, it is hard to talk to a smoker or chewer about quitting without bringing up these emotions and more.

Well, never approach the person in a way that is perceived as demanding or demeaning. That’s a sure way bring up those emotions we just talked about. Additionally, it’s likely the stress of the conversation alone will encourage them to light up another cigarette.

Instead, be sympathetic and understanding. Avoid saying things like “You need to quit!” or “You’re killing yourself!” that will probably just make them defensive. Say something supportive like “It’s not a secret that I’d like you to stop smoking, I just want you to know, when you decide you are ready, I am here for you and willing to do whatever you need me to do to help, even if what you need me to do is nothing.” And let it go.

At Breathe-Freedom from Nicotine, we are really really good at helping people stop smoking, vaping and chewing tobacco…probably the best…but even we can’t “make” somebody quit. All we can do is make it easier for them once they are somewhat ready to quit (PS-nobody is ever 100% ready to quit).

Just as you can’t make a loved one stop overeating or stop drinking or anything else…. you can’t make them quit. All you can do is be supportive. If they want to talk to you, then talk, if they don’t, then don’t. You can’t force it on them, but you can be extremely supportive when they decide the time to stop has finally come.