A recent study by Truth Initiative, a non-profit organization devoted to making tobacco a thing of the past, found extensive 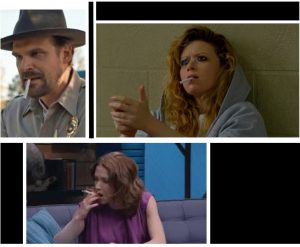 increases in the depiction of tobacco on popular TV shows. Many of those programs are targeted at young adults age 15 to 24.

While the study is focused mostly on Netflix, they also mention other networks are guilty of showing tobacco more frequently as well.

They kept track of “tobacco instances” which meant any time tobacco, in any form, was shown in a program. This included everything from people actually smoking to shots at a convenience store where the “power wall,” the display typically behind the counter, was shown prominently.

Comparing a study done over the 2016-17 season to this one throughout 2019, researchers found triple the number of tobacco instances; with tobacco scenes rising from 299 2 years ago to 866 this year.

The shows are watched by approximately 28 million young adults. The danger is what the article calls a “re-normalization” of tobacco. The concern is based on a study by the Surgeon General’s office that showed teenagers exposed to higher levels of smoking from movies are twice as likely to smoke as young people exposed to less tobacco in the movies they watched.

The article concludes there needs to be a renewed call to action. Some of the suggestions include:

1) States should offer tax incentives for film productions that do not promote tobacco.

2) A new parental rating system that takes tobacco use into account.

3) Running anti-tobacco adds to before programs that include tobacco depictions.

4) A call to creators and distributors to ensure future content does not include tobacco imagery.

5) Additional research of the connection of smoking/chewing in shows and the impact they have on young adults.

For more information and graphs go to: https://truthinitiative.org/research-resources/tobacco-pop-culture/while-you-were-streaming-smoking-demand