seriously…now we need to worry about thirdhand smoke?!?!?

The whole concept of third hand smoke (THS) is relatively new. While the dangers of tobacco and have been known and studied for many, many decades, THS was only officially identified as a health hazard in 2006. 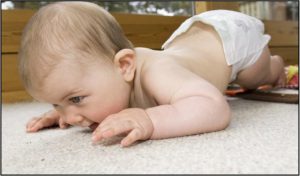 But what is third hand smoke? Obviously, the person doing the smoking is risking their health. And it makes sense that the person who is directly inhaling the smoker’s smoke, either from the end of the burning cigarette or from what is being exhaled, is at risk. Is there really another layer to all of this?

According to an article by Caroline Halsted and Alex Pew of the National Center for Health Research, the answer to that question is, yes.

For months after the cigarette was extinguished, smoke leaves its mark on fabrics, floors, walls and other surfaces as well as dust. In some cases, the toxic residue has been found a year and a half later.

THS has been linked to coughing, asthma and other respiratory tract infections. In one study mice exposed to THS were shown to develop lung cancer at higher rates than their THS-free counterpart mice.

In most cases the noxious chemicals find their way into the unsuspecting THS victim by being absorbed through the skin. It is also especially dangerous for children, as they often play and sit on floors, and are more likely to touch their face and unknowingly put contaminated fingers in their mouth.

Parents need to be aware that smoking in the car and home, even if children are not present, can be dangerous to them.

Cleaning your home, frequently washing clothes, and vacuuming your car can help lower the danger to children. Of course, the best way to avoid the dangers of thirdhand or secondhand or firsthand smoke is, as you may have guessed, to quit or never start in the first place.

For more information on THS read the full article at: http://www.center4research.org/third-hand-smoke/